MYSTERY OF THE TEMPLES

In Mystery of the Temples, players take on the role of Curse Breakers. 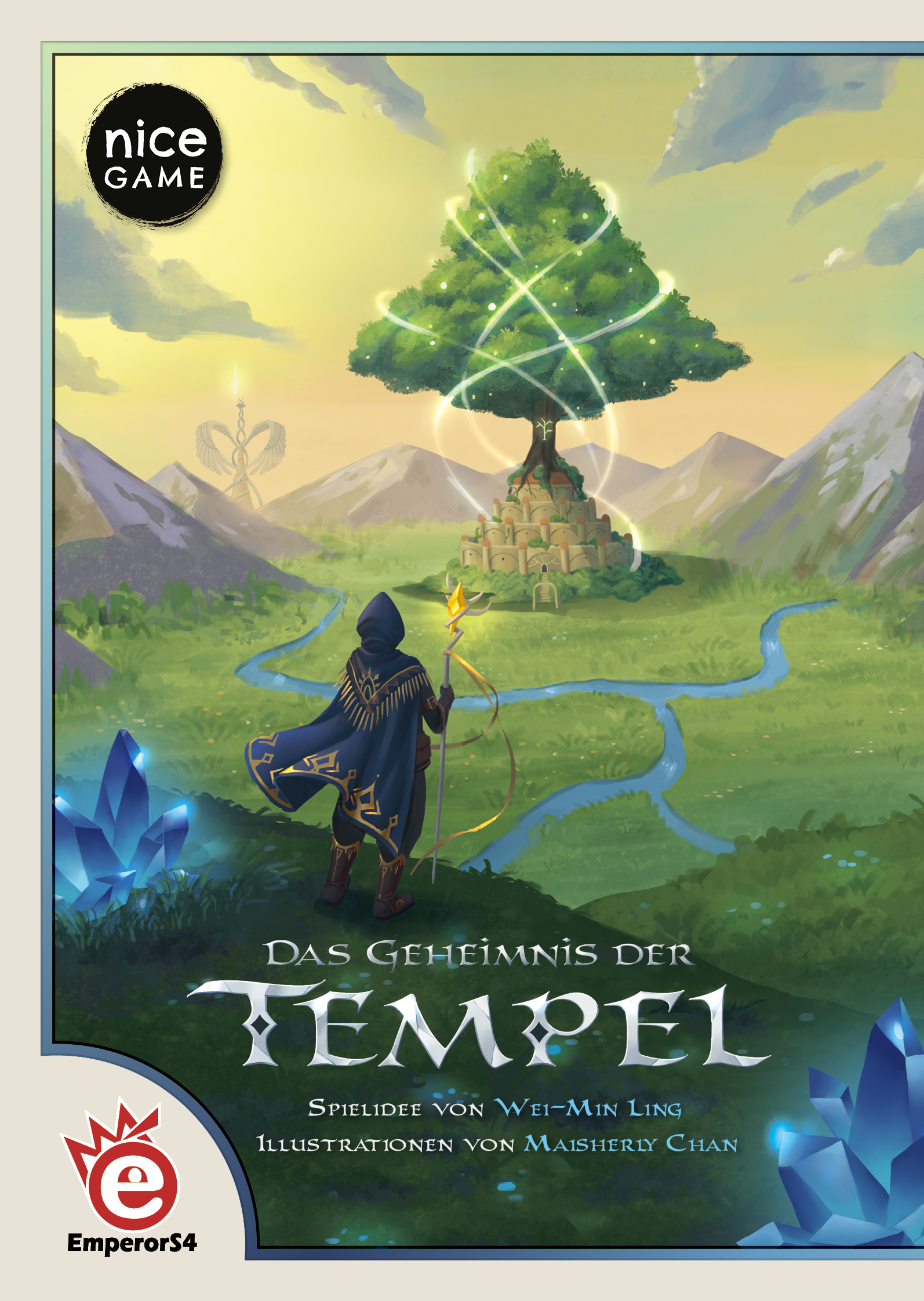 Mysterious and intriguing temples call for exploration by brave adventurers. Powerful arcane runes were hidden in these ancient magical ruins protected by dark and deadly curses. Only the most courageous and adventurous Curse Breakers may enter the temples, break the dark curses, and bring back the arcane runes for the magic academy for its glorious bounty. Through teleportation, you can collect crystals of various colors from all over the world, and put them on your very own Crystal Grid in the correct order. Only then will the power of the crystals fuse together, and be powerful enough to break the dark curses inside the temples. Are you able to rise among your peers, and become the most reliable and professional Curse Breaker the magic academy has ever seen?

In Mystery of the Temples, players take on the role of Curse Breakers, traveling between the wilderness and the temples in order to collect crystals of various colors. Fusing the colorful crystals on the Crystal Grid in the correct order breaks the curse of the temple, and you earn runes and victory points in the process. Once a player has broken five curses, the game ends. Whoever has the highest amount of victory points wins. 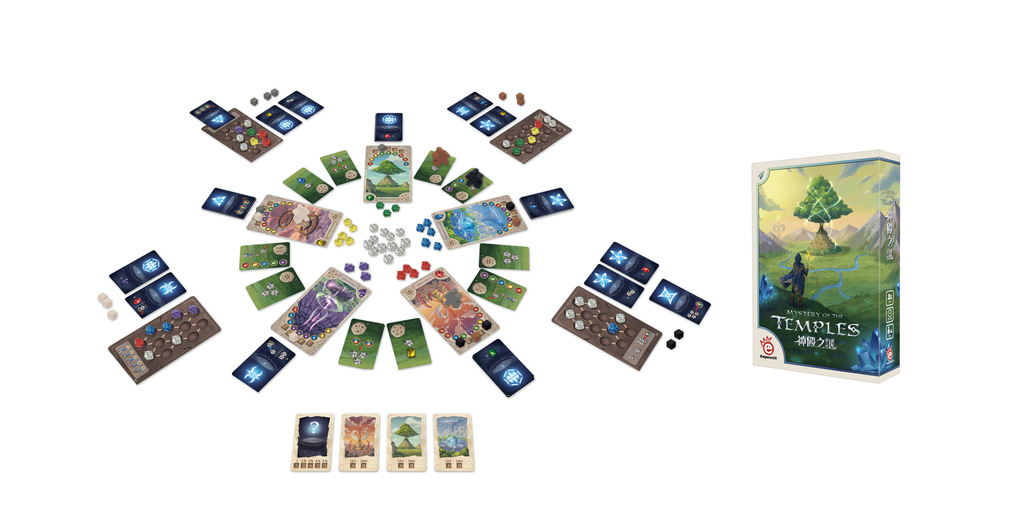