A challenging one or two player tower defense card game. 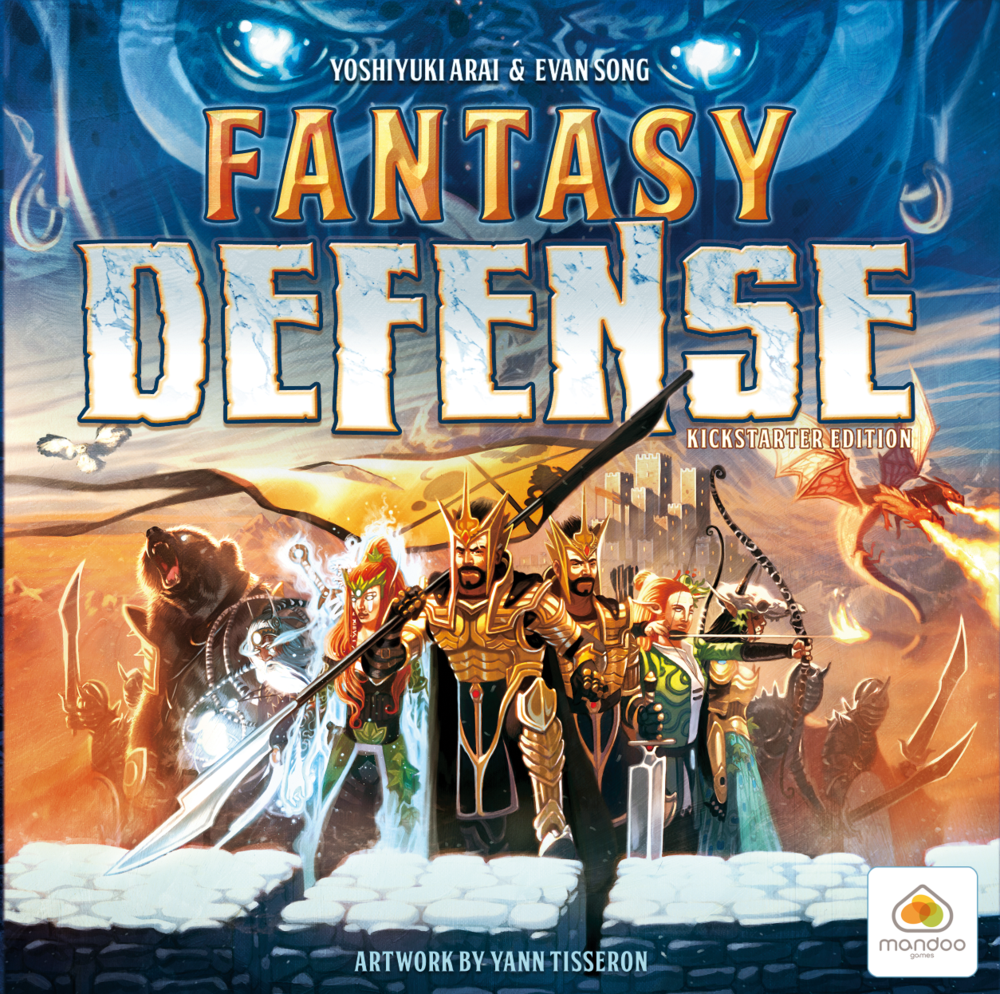 Fantasy Defense is a challenging card game that can be played either solo or cooperatively. Manage your limited units to defeat the orcs besieging the seven gates of your city. Each attack you fail to repulse decreases your kingdom’s morale, drawing oblivion a step closer.

The Stone King Campaign is an expansion to Fantasy Defense,
adding new units, scenarios and rules that twist the battle in new directions. You can’t just open the box and play with everything immediately; instead, the Stone King Campaign is divided into seven hidden chapters, each building on the last. Each chapter is printed with the unlock condition that must be met before players can open it.

Inside each chapter, you’ll always find the same two types of cards: the story card reveals the world of Fantasy Defense, with notes and snippets that drive the narrative forward; the rules card introduces new mechanisms and concepts, so you can play with all the components you’ve just unlocked. However, Fantasy Defense isn’t a legacy game! When it’s all finished, you can return to the original version and play that. You could also put back all cards in their original envelope and start from the beginning — or you can spice things up, mixing and matching different elements as you wish.

The objective of the game is to defeat the invading orcs by discarding their entire deck before your kingdom’s power is reduced to zero. By playing your cards on the city gates, you can defend against the invading orcs, but with every fight there will be casualties on your side. Play your cards wisely to achieve victory. If you win, you will be able to unlock new terrifying foes entering the battle.

“Fantasy Defense is the only coop game in my collection that manages to put deep strategy and constant tension in such a short playtime. And then there is the campaign, which gives the game the additional flavour and long-term motivation.”

“Fantasy Defense is certainly worth playing… With simple mechanics it creates possibilities for a challenging puzzly game.”

Manage Cookie Consent
To provide the best experiences, we use technologies like cookies to store and/or access device information. Consenting to these technologies will allow us to process data such as browsing behavior or unique IDs on this site. Not consenting or withdrawing consent, may adversely affect certain features and functions.
Manage options Manage services Manage vendors Read more about these purposes
View preferences
{title} {title} {title}